One summer day in 1945 Gene set out to join his friends at a baseball game at Wrigley Field. Little did he know that was the day of creation. While at the game, the group ordered some hot dogs and drinks. Looking down at the food in his hands, he felt something was missing. By the time he got home the experiment had begun.

He came up with an exceptional idea and used it to open a little stand in 1946 on Polk and Western Ave, Chicago IL - serving hot dogs and fries along with a few other items on the menu.

The dogs and fries alone were such a successful masterpiece that he took the other items off the menu and after a relocation in 1950 to River Grove Ill - Gene and Jude’s was in the making. The location in River Grove - although known as Gene and Jude’s - originally had no name on the outside of the building and was called River Road Hot Dogs by many locals.

We work almost 24 hours a day in preparation alone to provide our loyal customers with what many believe are the best hot dogs and fries in the country. We are absolutely dedicated to maintain the highest standards of quality in our food and strive to sustain the original Gene and Jude’s “experience”.


No Seats No Ketchup
No Pretense No Nonsense 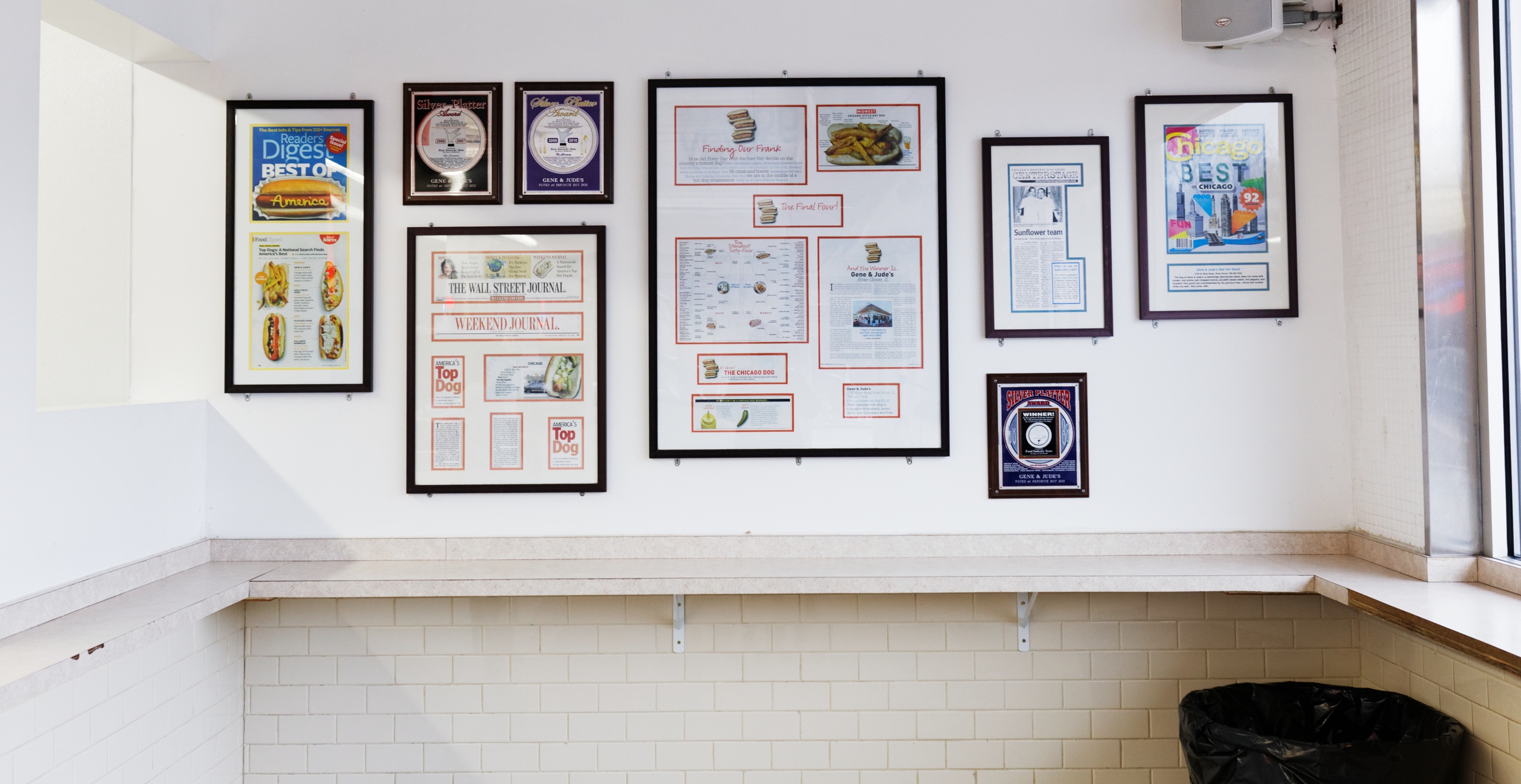 America’s #1 Hot Dog
The critics and masses have spoken and they love us. We are proud to have been featured as America’s best hot dog in multiple articles across the nation.
See the articles
x